The moment competitors and their families and friends have been waiting for has arrived – the Invictus Games Sydney 2018 presented by Jaguar Land Rover is underway.

Day 1 starts at historic Cockatoo Island where 12 nations will contest the Jaguar Land Rover Driving Challenge. Competitors, family and friends will then turn their attention to the Opening Ceremony to be held on the forecourt of the world heritage listed Sydney Opera House. 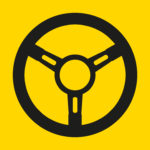 The Jaguar Land Rover Driving Challenge will decide the first medals of the Invictus Games Sydney 2018. it will be staged on historic Cockatoo Island against a stunning backdrop of Sydney harbour.

It is a privilege to welcome the Invictus Games family to Sydney and on behalf of all Australians we extend the hand of lifelong friendship as we honour and respect the competitors, their families and friends from 18 nations who have made considerable personal sacrifices in defence of our personal freedom. The ABC will broadcast the Opening Ceremony live on ABC 1 across Australia and internationally through live streaming so everyone, no matter where they are, can be a part of this historic moment.

Rain didn’t dampen the spirit nor stop the official opening of the Invictus Games Sydney 2018 where the competitors were the stars of the show.

Image of the day