No one can do it alone

Alex Wilson is a US Army Officer, wounded in combat while deployed in Iraq, ultimately resulting in a below-the knee amputation and titanium rod placements into the other. He celebrated the 10th Alive Day (anniversary of the IED attack in which he was injured) on 31 May 2017. Here is his story.

The Power of Sport

During my recovery, our physical therapists would encourage us to participate in new sports that were offered at the rehabilitation facility. The therapists organised volunteers and specialists to teach us new and exciting sports, including kayaking and scuba diving. They partnered with external non-profits to provide hand cycles and recumbent bikes to those with leg injuries. They also introduced us to sports like wheelchair basketball and sitting volleyball that no one was likely to have played before and thus we all needed to learn.

While some of these experiences proved difficult for individuals and could perhaps remind them of things they could no longer do (wheelchair basketball as opposed to a standard game of pick-up basketball, etc.), these new sports, among other activities, provided us a means for:

The first I signed up for was the MS150 Bike Race, a 150-mile charity race starting in San Antonio, Texas, and finishing at Corpus Christi, TX, on the Gulf of Mexico. As registration was several months before the race, I was signed up and began to train for the race within the first few days of being released from the hospital and starting my rehabilitation.

At the time it seemed like an impossible task: a ludicrously impossible distance. I had never competed in a bike race before and never even owned a “road” bike, though I did have mountain bikes when I was younger. I had trouble going back and forth in a wheelchair between my accommodation and the training facility, barely a few hundred meters, and so a 240+ km race seemed unachievable for me or anyone in a similar position.

Personally, it allowed me to focus on preparing for the race and not exercising in the pursuit of recovery in and of itself. Focusing on sport allowed us to get better and recover but, essentially, this almost became a side benefit of our training to prepare for the event.

Looking back on it now, this training unconsciously changed my focus at the time from the present bad situation I was in, to striving towards something in the future. I was no longer focused on my negative thoughts and my bad situation, but instead had a loftier goal to work toward.

“I was no longer focused on my negative thoughts and my bad situation, but instead had a loftier goal to work toward.”

This seemingly subtle difference had a major impact on me and the way I viewed my recovery internally, though I didn’t realise it at the time. I would venture to suggest that others at the facility and other wounded, injured and ill veterans in general, would have a similar perspective of the power of sport and would benefit from getting involved in an event like those described above or even more high profile events, such as the Invictus Games, the Warrior Games, or similar. These events can provide service members the opportunity to improve themselves through sport, but also can provide the feeling of being a part of the team; something that I felt I had lost after my injury.

No One Can Do It Alone

While the difficulties of rehabilitation and recovery that many Wounded, Ill and Injured service members endure may be overcome alone and without a strong support network, from my experience those that have a significant support structure tend to fare better than those that do not.

This is especially true from a mental and emotional perspective. The ability to share the experiences and the difficulties I was going through was critical for my recovery. Through this type of discussion and through the support of family and friends in general, people – myself included – were able to improve mentally and that provided them the ability to get better physically.

Said differently, if you are in a negative state of mind, it is hard to be positive about your recovery. This negativity can colour everything one does. And, one’s achievements, even if they may be objectively significant, can be downplayed in one’s mind and hinder their positive impacts. Sometimes, you just need someone to say they see you’re doing better and making progress or to encourage you in your rehabilitation. 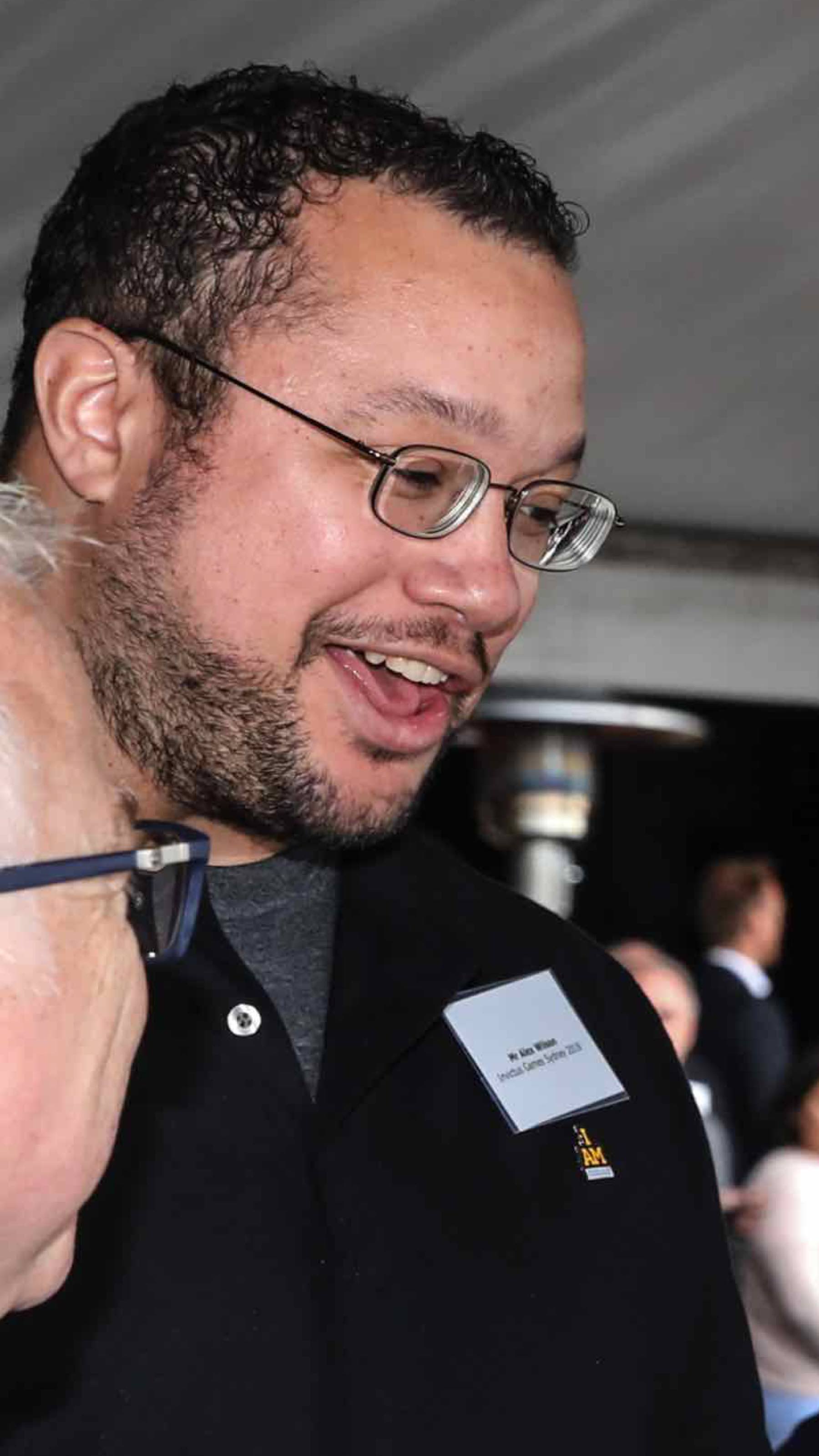 “These events can provide service members the opportunity to improve themselves through sport, but also can provide the feeling of being a part of the team.”

That is why support from family and friends is so important. They allow others to share the burden of their difficulties – spoken or unspoken. Events like the Invictus Games that focus on supporting these relationships, are an ideal means of bringing the notions of recovery from a dream to a reality.

Lastly, what can the broader community do to support veterans?

Large, organised activities like the Invictus Games can have a great influence on a service members’ recovery. Additionally, more personal forms of giving back, such as volunteering, compiling and sending gift packages, or visiting rehab centres, hospitals or other military/veteran facilities can make an impact on the wounded, injured and ill.

However, these opportunities may be hard to find, inconvenient to support or uncomfortable for those that participate. They are vital things for someone to do, but they are understandably not for everyone.

In my experience, one doesn’t require this level of commitment to have a beneficial impact on WI&I service members. What everyone can do is treat WI&I veterans with respect and not with pity or contempt.

If you know someone is a WI&I veteran, just ask them how they are.

If they have physical injuries, ask them if they would be comfortable telling their story, instead of staying quiet and just staring at them, while pretending not to stare.

If they have emotional or psychological trauma, try to understand how they feel before discounting them.

Small things matter. For instance, I remember the first time I left the hospital/rehabilitation facility ground. I went for a movie with several other wounded veterans, and a cadre of those to support us, during my first or second week of recovery. Reintegration, even something as simple as going to the movies, is an important part of recovery. These small excursions helped expose us to regular society again. However, when we arrived at the theatre, as a group of mostly 18-25 year old males in wheel chairs or on crutches, we were on the receiving end of some suspect looks and some not so subtle staring, but no one really came up to talk to us. That was a difficult first experience.

That said, let’s fast forward 5 months to when I was travelling back to upstate New York for the first time since my injury (about 17 months from when I had last been home). I had only recently started walking and though I was confident in my ability, I still brought home both my wheelchair and my crutches. As I was going through the line at the airport, a man just came up and asked me how I was and how I was injured. I gave a more or less standard reply, but still remember the feeling of inclusion I felt just by having someone ask about my injury, instead of staring or pretending not to stare, or pretending that I wasn’t even there. It was very impactful and made me feel better about myself.

Even now, I get a warm feeling when someone looks down at my leg (I have a below the knee prosthetic) looks up and then simply says hello or just nods, like you might do with any other passer-by. This simple exchange can provide a sense of normality that may seem like a small gesture, but can have a great influence on the mood or mental health of the WII veteran and thus have an impact on their recovery in general.

I touched on all of these themes in a recent essay that was published in a book called The Fire Within: Shedding Light On Trauma. This book is a compilation of essays by ex-service members and their family members, centred on going through and recovering from trauma.

In this essay, I talked about experiences that I have had and my point of view on recovery and rehabilitation. As a caveat, I only have one perspective to provide, which is a combination of both what I experienced in my own recovery, and also what I saw in other’s recovery whilst I was undergoing rehab. While I was not married at the time, I did have a multitude of family members and friends to support me during my recovery.

Further, I interacted with others going through recovery and was able to witness interactions with wives and children from a third person perspective, and have been able to discuss these interactions with the WII service members themselves.

Thank you for reading. If you have any questions, please just ask.