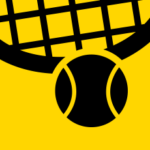 Wheelchair tennis is not a formal medal sport at Invictus Games Sydney 2018, but that won’t make the competition any less fierce as mixed and single gender doubles teams smash and volley their way around the court.

Seven teams have entered the two day event, two team each from Australia, New Zealand and the USA and a team comprising competitors from two nations. 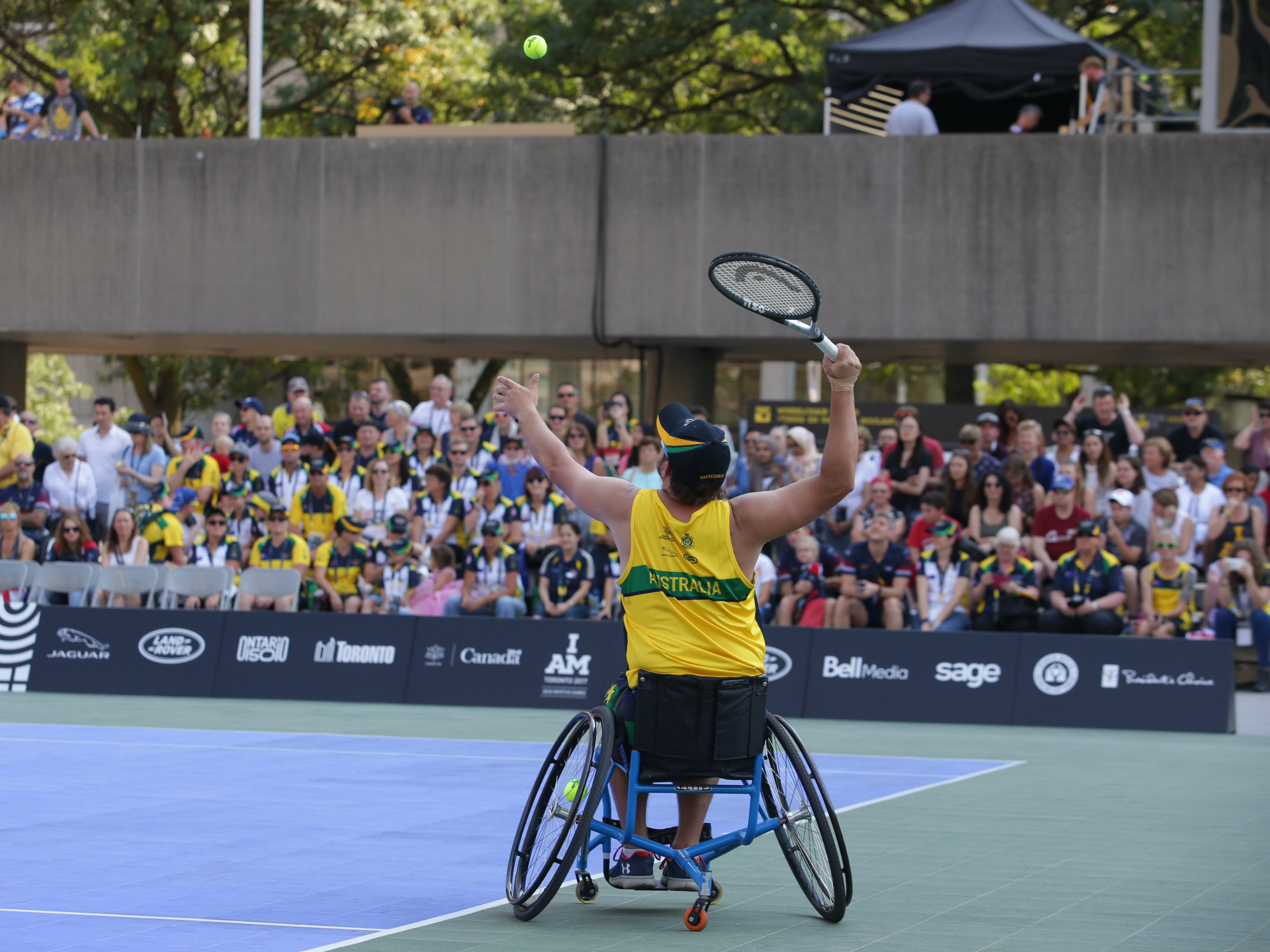 With a history dating back to 1976, wheelchair tennis is a long-standing and popular wheelchair sport.

The court, net, scoring and equipment are the same as in the traditional game, the only difference is that competitors are in wheelchairs and the ball can bounce twice instead of once before it is returned.

Two pools of teams will compete in a round robin phase. Two teams from the same nation will not be drawn in the same pool.

Competition will be played under the International Tennis Federation (ITF) Rules of Tennis with some variations appropriate to wheelchair players. All matches will be two sets. In the event of a tie at one set all the first player to seven points in a tie-break with no advantage scoring will be the winner.

The wheelchair tennis player is allowed two bounces of the ball. The player must return the ball before it bounces a third time. The second bounce can either be in or out of the court boundaries.

The wheelchair is considered part of the body and all rules that apply to a player’s body, apply to the wheelchair.

All competitors will play in the Open category with some additional rules in place appropriate to a player’s physical capacity.

A player will lose a point if they fail to keep one buttock in contact with their wheelchair seat when hitting the ball or if they use any part of their feet or lower extremities against the ground or against any wheel while delivering service, striking a ball, turning or stopping while the ball is in play. However, a player without the capacity to propel their wheelchair via the wheel is permitted to propel the wheelchair using one foot.

Paralympic Games champion Dylan Alcott has been out and about in hi... 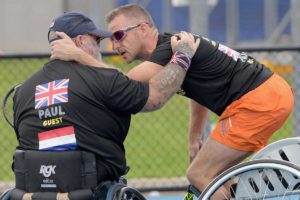 The 2018 Invictus Games wheelchair tennis got underway on Monday a... 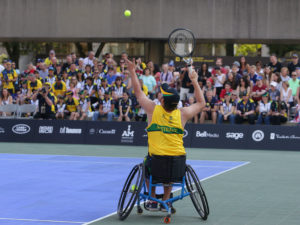 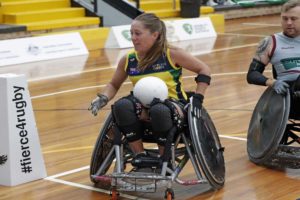 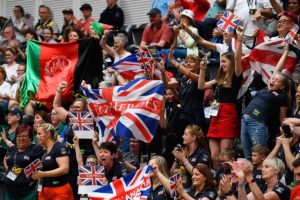 Monday was the first day of competition at Sydney Olympic Park with... 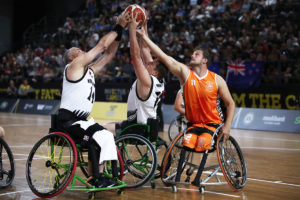 Invictus Games Toronto 2017 competitors have revelled in the positi...